The one-night eliminator tournament format has long been a favourite of New Zealand fight fans, with the element of randomness from the eight-man draw adding an element of excitement to an already exhilarating spectator sport.

This Saturday’s tournament will take place in the Welterweight (68kg) division, with three-time tournament veteran Kayne Conlan being perhaps the front-runner. Nipping at his heels is a hungry pack of 68kg fighters eager to stamp their names in the history books.

With the move to TVNZ, King in the Ring becomes the first kickboxing promotion to feature on free TV since K-1 in the early 2000’s. Fight sports have surged in popularity in recent years, with the UFC expanding their reach globally and featuring prominent New Zealand fighters.

Fight News spoke to King in the Ring promoter Jason Suttie about the move to free TV.

Hi Jason. Congrats on the TV deal. Is this something that you’ve been hoping to do for a while now?

“We always wanted to get the fighters in front of as much mainstream as possible. We’re gonna be up there with the rugby players and cricket players and every single Kiwi that has a TV, can just turn it on and watch it for free. You watch, once they watch one show, they’ll watch every single show after that.”

What changed in the negotiations that meant now is the time?

“Our contract with Sky was up for renewal and it took us along an unexpected path. We can’t say too much more, but all will be revealed!”

Do you think combat sports have gained more widespread acceptance with a mainstream crowd now? Why do you think that is?

“Absolutely, because fighters like Israel, Dan, Shane, Brad are representing the country on the biggest fight promotion on the planet! Israel being recognised as the Halberg sportsman of the year was massive. A proud moment for the whole New Zealand fight community.”

Do you anticipate a big jump in KITR viewers after this? Any idea on the numbers?

“Yes absolutely! No idea on numbers just yet, but just having it available to every single Kiwi television is pretty exciting.”

Is anything going to change, or will it remain the kickboxing institution with the Sutties at the helm that we’ve grown to love?

“Nothing will change. We’ll keep providing this platform to showcase the talent we have here in New Zealand.”

K-1 (in 2002) was the last time kickboxing was free-to-air in NZ. Having been a competitor back then, how does it feel to bring back free fights to the masses?

“Bloody great. There have been so many privileges I’ve enjoyed from being on mainstream back then, and it’s a good feeling giving that to the new generation of fighters.”

How many tournaments will we see on Duke in 2021?

Thanks Jason. Looking forward to the tournament on Saturday.

Tune in to Duke this Saturday from 7:30pm to see the best 68kg kickboxers in New Zealand fight it out to determine the next King in the Ring. 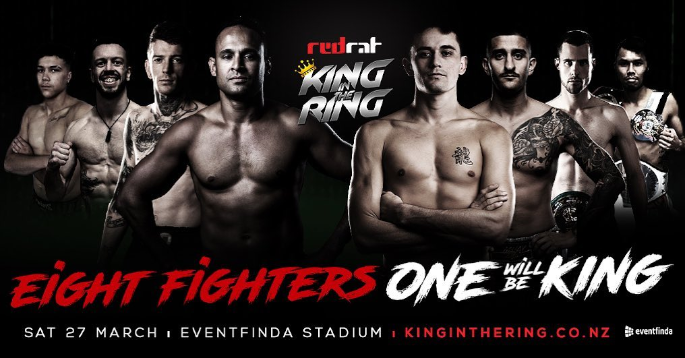 Motu Vs Nansen to kickstart new era In NZ boxing

What combat sport do you prefer?